We are the Amphibious Warship Industrial Base Coalition (AWIBC), a coalition of companies that supply parts to build and maintain amphibious warships for the United States Navy. We are comprised of more than 750 companies in 43 states and over 240 Congressional Districts nationwide that provide parts worth over $1.83 billion for the construction of amphibious warships.

Please reach out to info@amphibiouswarships.org with any questions. 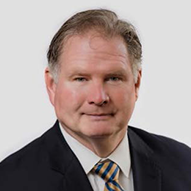 Captain David Forster is the Vice President of Business Development – Sea for Rolls-Royce North America, Inc. He is a retired Navy Captain with over 24 years of active-duty experience.

In his early career, Capt. Forster served on frigates and destroyers before transitioning to the Engineering Duty Officer (EDO) community. As an EDO he oversaw every aspect of development and fielding of the Aegis Weapon System from code development, to system test, to integration on the waterfront.

Capt. Forster has held roles at General Dynamics Mission Systems, post retirement as the Business Development Director for sea systems to include LCS, EPF, Frigate and AMDR. In his current role at Rolls-Royce he leads the business development activities for Directed Energy, Surface and Underwater Autonomy. 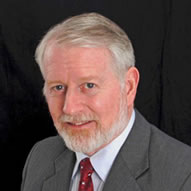 Captain Paul Roden (Retired) serves as Vice President for Washington Operations with the Fairbanks Morse, LLC (FM). Fairbanks Morse is manufacturer and service provider for many of the U.S. Navy and U.S. Coast Guard’s propulsion diesel engines. In his current position, Captain Roden is responsible for company communications with Congress and Washington customers.

From July of 2008 to July of 2011, Captain Roden served as the Coast Guard’s Chief of Naval Engineering, where he was responsible for policy development and budget management in support of sustaining the readiness of all U.S. Coast Guard cutters and boats. His previous assignment was as Commanding Officer of the U.S. Coast Guard Engineering Logistics Center (ELC). 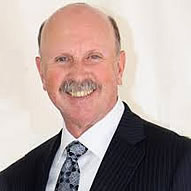 Mark Haller is the President of Tri-Tec Manufacturing. He began his role in 2006 after purchasing the company with two other employees. Mr. Haller oversees all Tri-Tec operations and drives strategic business and product development. Mr. Haller has more than 43 years of valving and automation experience in the commercial, nuclear and defense markets.

Tri-Tec was the first electric actuator manufacture to develop, First Article test and manufacture for production to the DOD-V-24657 U.S. Navy standard established in 1985. Since then, Tri-Tec has delivered over 9,000 fully First Article qualified units across all classes of surface combatants including the Sea Wolf and Virginia Class submarines.

Tri-Tec also manufactures Fire Safe Ventilation Closure valves to a NAVSEA drawing as well as hydraulic actuators to Mil-P-18111A. The newest addition to the Tri-Tec family is the contract manufacturing and license agreement with Flux Drive, Inc. Flux Drive designs and manufactures permanent magnet adjustable speed drives and couplings that increase the life and performance of rotating equipment. 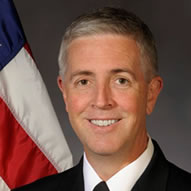 Rear Admiral Thomas Eccles became Chief Executive Officer of Trident Maritime Systems, LLC in January 2014 after serving over 32 years in the U. S. Navy and retiring in 2013. In the Navy, he led teams in design, shipbuilding and engineering. Trident Maritime Systems designs, builds and delivers solutions for the global shipbuilding and ship industries, including marine interiors, distributed ship systems from HVAC to electrical power, automation and control, and electromechanical equipment including underway replenishment systems.

RADM Eccles was the U.S. Navy’s Chief Engineer for ships, submarines and aircraft carriers from 2008 through 2013, and he held other commands in ship design and construction. RADM Eccles’ education includes four degrees from MIT in engineering, naval architecture and management. He serves on the Marine Board of the National Research Council and on the board of Let’s Go Boys and Girls, a group that inspires and supports underserved students to become STEM professionals. He has filled leadership roles with the American Society of Naval Engineers (ASNE) and the Society of Naval Architects and Marine Engineers (SNAME), was awarded ASNE’s Gold Medal in 2012 and is a Fellow of SNAME.

He led the U.S. team in the joint investigation into the loss of the Korean warship Cheonan and was a member of the National Academies’ investigation into the Deepwater Horizon disaster. RADM Eccles serves on Australia’s Naval Shipbuilding Advisory Board. Among his awards is the Navy Distinguished Service Medal, the National Intelligence Exceptional Achievement Medal and the Meritorious Unit Citation. In 2019, he was elected a Member of the National Academy of Engineering. 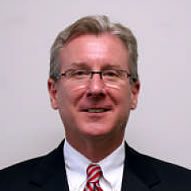 George Kampstra is Vice President for Government Relations for Rolls-Royce North America. In this position, he is responsible for managing and supporting all aspects of the company’s relationship with the U.S. Navy and U.S. Coast Guard and their naval marine programs.

Mr. Kampstra joined the company in 2003 with responsibility for contract development and management and pricing and proposal preparation. His responsibilities were later expanded to include Program Management of the Rolls-Royce Power Systems’ scope of supply for the United States Navy’s Littoral Combat Ship (Independence Class) and Expeditionary Fast Transport (EPF) Programs. Mr. Kampstra has represented Rolls-Royce’s Government Business Sector in the Washington, D.C. area since July 2010.

He attended Michigan State University as an undergraduate and later attended graduate school at the University of Chicago. In addition to an early career in banking, Mr. Kampstra worked in the manufacturing and service sectors, lived and worked in the Kingdom of Saudi Arabia, and came to Rolls-Royce Power Systems (MTU) from Williams International, a producer of turbofan engines for the commercial and defense markets.

Stay up to date with AWIBC and industry news by signing up to receive our email alerts.