Built for survivability, U.S. Navy amphibious warships are unique combat vessels that deploy and support missions anywhere in the world, in any condition and on short notice. These warships make it possible for the U.S. Navy and the U.S. Marine Corps to respond swiftly and aggressively from sea and air in times of crisis, from major combat operations to humanitarian assistance and disaster relief. 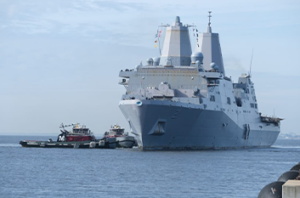 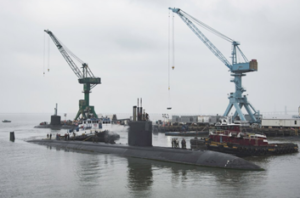 To keep up with our competitors, America must boost shipbuilding

In a Defense News op-ed, Georgia Senator David Perdue emphasized the threat the U.S. Navy is facing as we are being surpassed in capability by competitors. He reinforced the need for the Navy to achieve a 355-ship fleet. 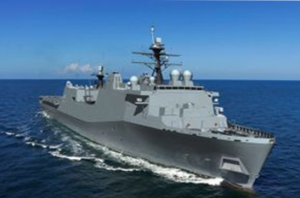 The U.S. Navy is scheduled to receive the first Flight II variant of its San Antonio-class amphibious platform dock ship (LPD) in the second quarter of fiscal 2025, a Navy official said, and the type is in serial production with the recent contract award of the second Flight II ship.

Reprinted with permission of Seapower, the official publication of the Navy League of the United States.

AWIBC advocates for Congress to provide funding for the sustained and stable construction of amphibious warships vital to the mission of the U.S. Navy and U.S. Marine Corps.